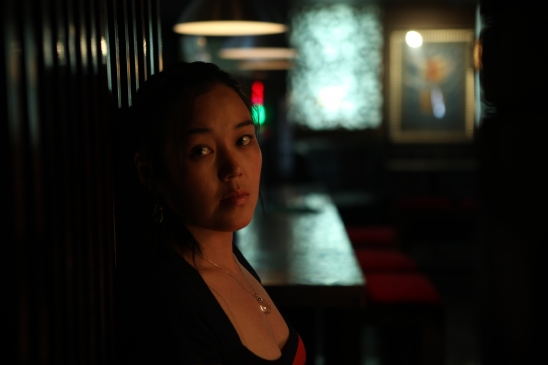 Two more days, and we’ll be relocating to Shanghai, China.

Our film is almost in the can, I’m looking forward to meet the excellent producers who have been prepping the China part of our shoot.

Have a look at what we got done so far in Ulaanbaatar, Mongolia. My 1st AC, Lambert Strehlke, was kind enough to get some screen shots sorted for us: 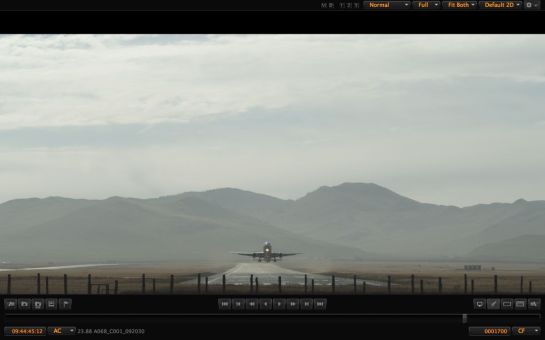 Griot, a music documentary film by Volker Goetze, took an even longer path, travelling via New York, where German born director and composer Goetze worked on completion of this emotional piece for many years. – A journey worth to travel, as the fruits of Goetze’s efforts could be harvested all along the way:

It was great fun shooting this film. So I was not surprised, that Volker got massively energized by the impact of the shoot and his deeply moving experiences in the ancient culture of Western Africa. Carried on by this energy, he kept performing on prestigious events such as the Munich International Opera Festival all through out post-production –  besides finishing his debut film, arranging and composing his own work.

Produces by WEITBLICK MEDIA, parts of the movie Griot inspired Volker Goetze to write a breathtaking multimedia symphony, which has successfully premiered in the studios of Westdeutscher Rundfunk, Cologne (WDR Köln) in 2011.

Griot will celebrate its world premiere this Autumn at the 28th Warsaw Film Festival, one of the 14 top listed A festivals on this planet. – Congrats from Europe! 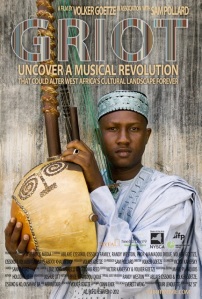 made possible with the help of many people. Volker Goetze wants to thank amongst many others: WEITBLICK MEDIA, Sam Pollard, Victor Kanefsky, Leslie Mulkey a.k.a Holcomb Reed, Joshue Ott, Randy Weston, Ph.D. Mamadou Diouf and last not least the Griot, Ablaye Cissoko.

How will technical setups change your story? Director Cheryl Dunye and I had a great time exploring this with students at the California College of the Arts, where Cheryl holds a seat as Associate Professor. – Here some images of a feature we shot together, Mommy Is Coming, which will have its world premiere at Berlinale 2012. 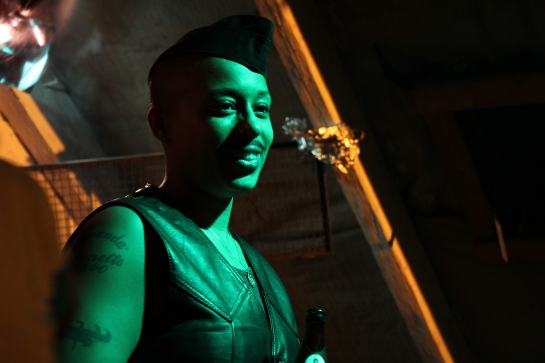 Thanks to D-Facto Motion kindly sponsoring us we can grade nicht weit von mir this week on Scratch in a lovely suite with projection. Having shot on DSLR I expected all sorts of major problems – especially when doing secondaries or having larger tweaks. But so far all goes surprisingly well and the 5D with all its pros and cons has not let me and colorist Sebastian Wild down. Watch nicht weit von mir (working title Andererseits) here or here.

A while back, I shot in Germany  Mein linker grosser Zeh.  Produced by the production house UE Spionjak, written & directed by a set of at least three directors, an extended family of Croatian-German descend. Entertaining at its best & funny to the bone the Spionjaks made with Mein linker grosser Zeh their debut appearance on the big screen, having done lots of commercials and shorts in the past as well as successfully produced music for over 20 years in their studios in the Bavarian Tötzham.

Mein linker grosser Zeh is a comedy & a drama with social & sci-fi elements. What sounds like sprung from the minds of crazy people, is beyond that intensly entertaining and heaps of fun to watch.

Having visited the cinema technique exhibition cinec yesterday, Everybody could see that 5D is moch more of a trend than 3D…excuse the pun…

Have a look at the montage of rushes here and tell me which version you’d like to see up there on my showreel.

…oh, and did you hear of the

new German version of my homepage?

I was lucky enough to bump in to Vika Evdokimenko, who found me following a kind recommendation by Martin Blankemeyer Munich Filmwerkstatt. Vika is currently working on a character driven observational documentary about secular women, who find their way to a religious life at a later stage – often very unexpected.

Produced by Mosaic Films there was a small budget to follow our Ukraine born Munich based protagonist Marianna for a bit down the path in to her new life – an intensely enjoyable shoot and collaboration, hopefully to be seen soon on British TV prior to international release.

…I tend to take ups and downs in life with lots of humour…being so deeply immersed in to this lovely enclosed world for so long now, I found this one here today…

First few glimpses from the shoot of Hannah, the project I am shooting currently on my Canon 5D Mark II with Israeli director Yuval Tzafrir.

We chose for this film a combination of improvisation and realistic life-like settings. Using minimal size team and gear as well as demanding the flexibility of shooting during the best light of the day, we stick to a schedule woven around our artistic goals. With great results so far thanks to the excellent collaboration of our lead Leni Wesselman and our Swedish born coach Johanna Welin with writer/director Yuval Tzafrir.

I am not quite sure how great the job will be to keep up posting on two blogs… this here – focused on my work, and the other one, pointing a way through my sometimes strange life.

As you see, I am getting better here…there is a theme I like, and there is some stuff to look at.

Here some rushes of Andererseits the film I just finished shooting on my Canon 5D mk2:

sanne on the net